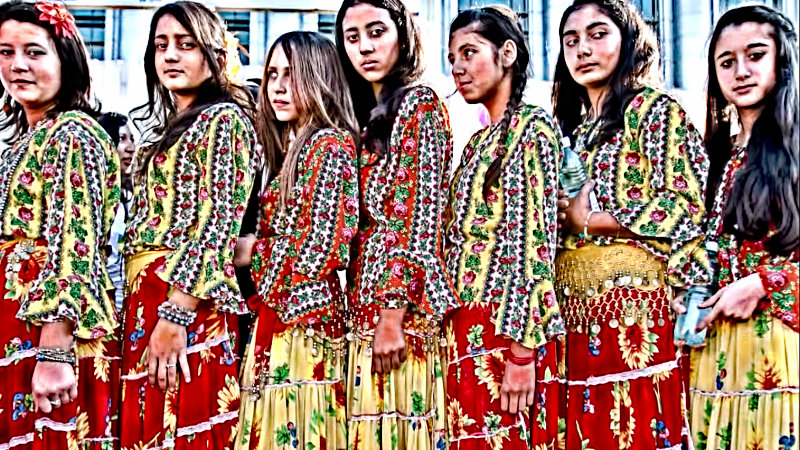 Note: This is a summary of Wikipedia and related articles on the Romani, plus additional information from documentaries on Romani history and lifeways posted on Youtube.

The Romani, more popularly known as Gypsies or Roma, are an ethnic group with origins in north India, traditionally itinerant, and now living mostly in Europe and the Americas. In the past centuries until today, the Romani have been among the worst victims of national oppression.

Genetic research indicates that the Romani came from a single group that left northwestern India starting about 1,500 years ago, although the Dom people are a similar group that possibly developed from a separate branch. Similar migrations that share Romani and Dom cultures continued for the next centuries. They arrived in Western Asia and Europe around 1,000 years ago. In the many intervening centuries, they dispersed through central Asia and Europe, and from there to the Americas and elsewhere.